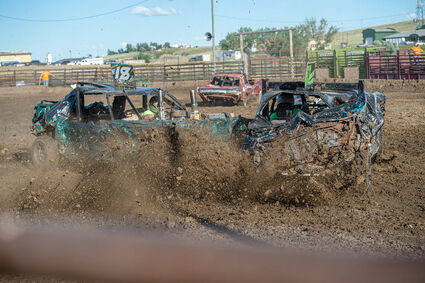 The weather wasn't ideal, as rainstorms rolled in during the competition Saturday night. But when it comes to crashing cars, a little mud never hurt anyone and in truth, it only added to the spectacle.

Eventually, under the lights, inside the arena at the Fairgrounds, which had been turned into a course for modified cars to race and ram into each other, the f...