Some new twists on the Havre High football schedule 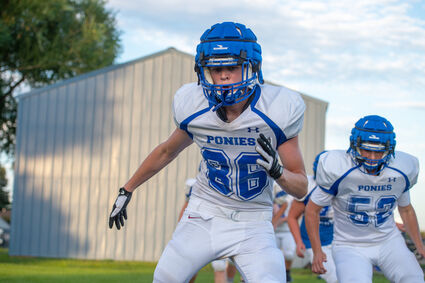 The Havre High football team wrapped up its three-day Blue Pony Football Camp Wednesday night. The Blue Ponies will now have three weeks before training camp begins, with their season-opener set for Aug. 30 at Sidney.

When it comes to its conference, the Havre High football team has experienced plenty of change over the years. But now, that change is starting to get reflected on the schedule in a couple of very big ways.

Maybe the biggest change to the Blue Ponies football schedule in 2019 is the fact that Havre will play only eight regular season games for the first time since 2010. The other notable difference for the Ponies is the absence of long-time rival Belgrade, which has moved up to Class AA.

The Panthers and the Ponies had been playing each other annually since the days of the old Central A c...