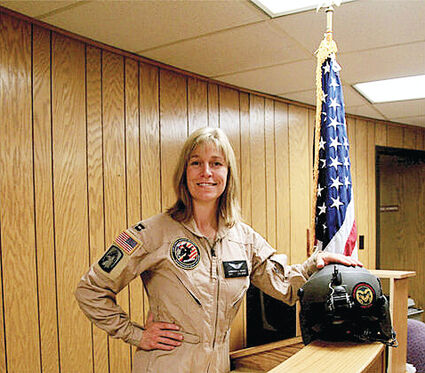 Havre City Judge Virginia Seigel poses in November 2015, in her U.S. Army helicopter pilot uniform. Seigel, who left her judge position to start working for U.S. Border Patrol in 2019, died with her granddaugher, Elise Lowrance, 6, in a plane crash in Utah Thursday.

Editor’s note: This version corrects the spelling of Elise Lowrance.

Former Havre City Judge Virginia Seigel and her granddaughter, Elise Lowrance, 6, died Thursday when the plane Seigel was flying en route to a Father's Day event in California crashed in the Deseret Peak Wilderness in Utah.

Alexandra Seigel, daughter of Virginia Seigel and mother of Elise, said she found out for certain Sunday.

"It's been really hard," she said. "I'm trying to keep going for the rest of my kids."

She said the family of her husband, James Lowrance, are in town helping take care of their other childre...