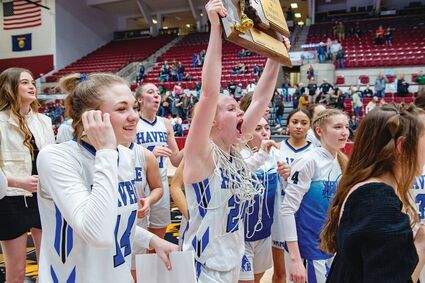 MISSOULA - Saturday night at the Dahlberg Arena in Missoula was a familiar site for the Havre High girls basketball team. At the end of a 37-30 victory over Billings Central, the Blue Ponies lifted the first-place trophy for the Class A State Tournament once again. It was the second-straight year the Ponies won the state championship and it was their fifth title since 2014.

"It feels great. It feels like the hard work paid off," Avery Carlson said about repeating as state champions.

It was a defensive game that saw both teams shoot below 35 percent from the field, but the Ponies were...