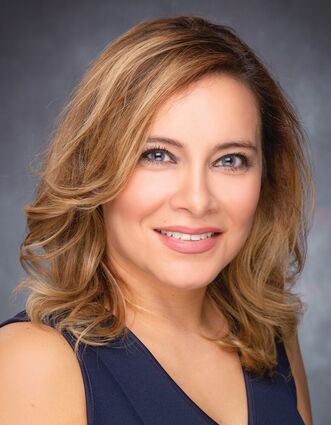 Salazar is from Texas and moved to Havre in August of last year and began working in the Hill County Clerk and Recorder's Office shortly after.

She quit her position earlier this month, saying in her resignation letter that she was leaving to focus on her campaign.

She said she doesn't believe being away from the office in the intervening time will hurt her ability to adapt to the position of Hill County clerk and recorder if she is elected.

Salazar said the things she would need to learn for the position are things done by no one but the current Hill County Clerk and Recorder Sue Armstrong, who didn't file for reelection this year.

She also said leaving the office gives her more time to let the community get to know her, as she is a relative newcomer.

Salazar cited her education as part of the reason she believes she's the best person for the job, including a bachelor's degree in sociology with a minor in psychology, as well as a master's degree in business administration and international banking and finance.

In addition to being a notary public in the state of Montana, she said, she also owned her own business which dealt in credit repair and notary services, and she also has experience in originating mortgage loans, something she still does, albeit much less than she used to.

She said her work in mortgages takes up very little of her time so she doesn't intend to stop if she is elected.

Salazar said she wants to modernize the clerk and recorder's office, which handles many different tasks from issuing birth and death certificates to verifying that surveys are done correctly, saying a lot of things there are done because they've always been done that way, not because they're necessarily the right way to do them.

She said she thinks people who have been there for a long time are too willing to accept the status quo and not improve how the office does things.

She said the office still doesn't take credit cards for birth and death certificates and she also wants to improve the turnaround time for companies requesting access to their documents at the office.

She also talked about improving the general attitude in the office, but would not comment on specifics about who or what she believes the source of that problem is.

"People need to take more pride in their work and be more respectful of each other and their coworkers in the office," Salazar said.

She said she has no problem interacting with other county departments but wants to improve the synergy between the various departments at the county.