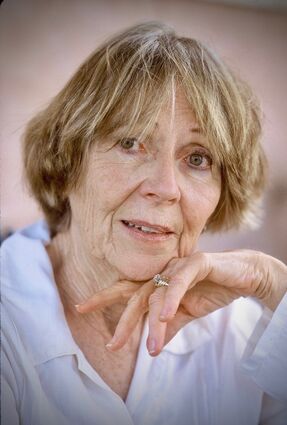 She was born in 1931 in Havre, Montana, to Charles and Alice Wright Gorman. She was married in 1954 to James F. Sullivan, deceased, and is survived by three children, Matthew, Milwaukee, Wisconsin; Eileen (Patrick Lyford), Albuquerque, New Mexico, and Andrew (Mahnaz), Beacon, New York; six grandchildren, and three great-grandchildren.

After receiving a degree in Library and Information Studies, she turned to medical writing and medical librarianship and served as reference and associate librarian at Marquette Medical School, later the Medical College of Wisconsin, and as chief librarian of the Health Sciences Library of the University of Missouri, Kansas City School of Medicine until retiring in 1997.

Internationally, she served as director of Kuwait University School of Medicine Library, Kuwait, in the 1980s and received a Fulbright Teaching Grant in the Department of Archives and Librarianship at Cairo University, Egypt, 1992-1993. She was a consultant to the Kilimanjaro Christian Medical College Library in Moshi, Tanzania, and was Director of Ross University School of Medicine Library in Portsmouth, Commonwealth of Dominica, West Indies, 2003-2010. She has written widely on medical libraries and international medical librarianship and taught medical bibliography at several medical schools and the University of Missouri, Columbia Library and Information Science Program.

In lieu of flowers, donations in her memory may be made to the University of Wisconsin-Madison, Doctors Without Borders, Music Maker Foundation, or Rocky Boy School District, Box Elder, Montana.