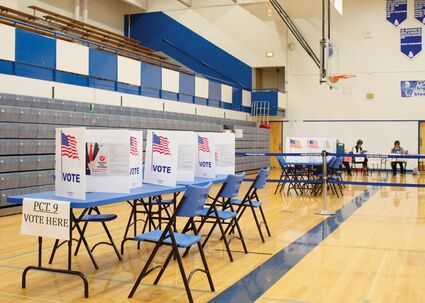 One legislative contest is set in Havre, with both sides unopposed in the primary.

He will face Democrat Paul Tuss in the general election, who received 755 primary votes.

Other local legislative races are uncontested in the general election. Senate District 14, though, will see Sen. Russ Tempel, R-Chester, who won the primary, face Democrat Dave Brewer of Havre.

In the Hill County Commission race, none of the three candidates had opposition - as an independent, Les Odegard didn't even have a primary - but now are in a three-way race.

The rest of Hill County's races are uncontested in the general as well as the primary.

Republican Hill County Attorney Lacey Lincoln received 1,348 votes in her bid to retain her position, to which she was appointed last fall.

Hill County Treasurer and Assessor Sandy Brown received 1,049 votes in the Democratic primary in that race.

In the nonpartisan primary for Hill County justice of the peace, Judge Audrey Barger received 2,557 votes in her bid for re-election.

In uncontested Blaine County primaries, all of which also are uncontested in the general election, Republican Pauly Miller received 734 votes.

In the nonpartisan race for Blaine County justice of the peace, Judge Perry Miller received 1,061 votes.

In Chouteau County, four incumbents, all Republicans, advanced to unopposed races in the general election.

Liberty County had a senior citizens activities and public transportation mill levy on the primary ballot, which passed 643-156.

In the nonpartisan race for Liberty County justice of the peace, Christopher Case received 686 votes to take the place of Judge Holly Frederickson, who did not file for re-election.