Independence Day celebrations go off on the fourth 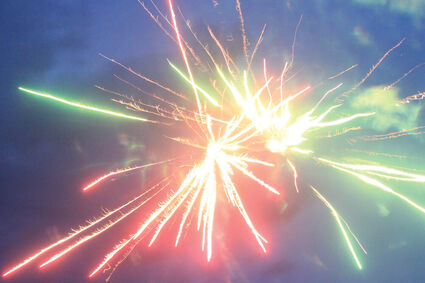 Local residents celebrated Independence Day over the weekend, despite returning COVID-19 cases, a near loss of the Fourth of July Festival and Community Picnic at Pepin Park until Cassie Denny stepped up to be the new organizer, and some rain Sunday and Monday. The festival went on at Pepin Park Monday; the Jaycees once again fired off their annual fireworks display Monday night from the Great Northern Fairgrounds despite rainfall, and local barbecues, reunions and festivities went on throughout the area. Rainshowers and thunderstorms are expeced to continue this week, with a chance of severe thunderstorms.

Though rain fell in the area and new cases of COVID-19 continue to be confirmed, Fourth of July celebrations went off throughout the area including the annual Havre Jaycees Fourth of July Fireworks display and the two-decade tradition of the Fourth of July Festival and Community Picnic in Havre's Pepin Park.

Despite only finding an organizer six weeks ago, the festival and picnic appears to have gone off without a hitch, with Havre resident and business owner Cassie Denny newly at the helm of the annual event.

Earlier this year, the Fourth of July Festival and Community Picnic Planning Co...