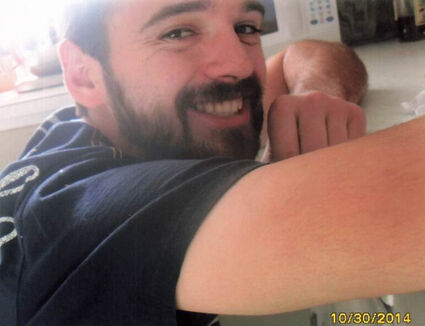 Josh was born May 4, 1991, to Kevin and Maria (Walters) Kuhn in Havre, Montana. He attended Havre High School and graduated in 2010. Josh met the love of his life, Makayla Mooney, when they were in grade school, starting off as just friends but eventually dating when they were 16 years old. December 20, 2011, they married in Havre, MT. Shortly after, Josh and Makayla moved to Glendive, MT, where Josh began working for BNSF. In 2013, they moved again to Terry, MT, and resided there until 2017, moving to Mandan, ND. Josh and Makayla share five beautiful children, Kaden, Elizabeth, Hailey, Sophia, and Emily.

Josh was an active member of Engage Church in Mandan, ND. He loved going to church on Sundays and always said he felt so good leaving there.

Josh had many hobbies and passions. He loved to cook and watch competition cooking shows with his kids. He loved teaching them how to cook and having them taste test everything. He enjoyed camping and fishing with the family and being out in nature. He loved talking to everyone even if he didn’t know them. He had the gift of gab! His work friends all called him “yappy.”

Josh wanted nothing more than to be a great dad and provider. He was a giver and tried to make everyone around him feel happy and loved. He would get up in the morning and blare his music and dance around being goofy trying to get everyone pumped up for the day. Josh was a great father and devoted husband. He was a hard worker never put in less than 110% into anything he did.

In the words of his wife, Makayla, “He was the love of my life. We would spend hours at night just talking about life and our future plans. He made sure to send a “good morning beautiful’ text every single morning and a ‘good night’ text every single night without fail. He was always there when I needed him, always. And if he couldn’t be because he was at work he made sure someone came to help with whatever I needed. He was my person, my rock, and my best friend.”

He was preceded in death by his grandfathers, Carl Kuhn and Bernard J. Walters V.

To donate to the family or volunteer meals, visit MaKayla Kuhn's profile on Meal Train.