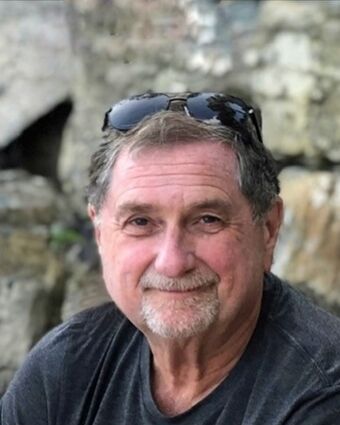 The morning of July 18, 2022, Dennis Gene Morgan of Dayton, Montana, 75, died after an 18-month wrestle with acute myeloid leukemia.

Born December 26, 1946, Dennis was raised in Cut Bank, Montana. He grew up with six siblings and extended family all around. He graduated from Cut Bank High School in 1965 where he had been involved in student government, sports, and Boys State.

Dennis married his high school sweetheart, Betty Ann Giovetti, in 1967 while attending Montana State University. He graduated in 1970 with a degree in engineering.

Dennis and Betty Ann thought they would "spread their wings" and give the big city a try. Dennis was hired as a Fire Protection Engineer for Kemper Insurance in Los Angeles. They lived in L.A. for exactly one year and then promptly returned to their Montana roots. Dennis then worked as the assistant general foreman of the physical plant at MSU. He was later transferred to Northern Montana College in Havre, Montana. He was their physical plant director from 1973-1978. In 1978, Dennis began working for Modern Aire Inc. In 1980 he became a partner and then became sole owner in 1995 until his retirement in 2010.

Dennis was the proud father of Brian and Brandi and he loved their spouses as children of his own. His greatest joy in life was becoming a grandpa. He felt that he was the "luckiest man in the world" to have four precious grandchildren. With the birth of his first grandson, Grant, Dennis was transformed. His heart grew because of his great love for him. Then his "little button girl" came along - his granddaughter, Elle. He will now be the loudest angel cheering for her in the stands. His sidekick and little buddy, Camerin, came next and he cherished his daily visits teaching and mentoring him about mechanics and the lake. Lastly, Estelle came along and he treasured receiving her daily videos because she was so full of life.

While living in Havre, Dennis was active in Optimist, Rotary, Bear Paw Development Corp., on the board of the Havre Area Chamber of Commerce, and helped start Havre's first soccer program. He was also on the state board of SMACNA (Sheet Metal and Air Conditioning Contractors' National Association) which allowed him to travel nationally and internationally.

Growing up, Dennis developed a love for Glacier Park and Flathead Lake. He achieved his lifelong dream of living on the lake after his retirement in 2010. Dennis loved the lake and loved to water ski. He was the self-proclaimed "world's best water ski teacher" and loved teaching people to ski and be on the water in his boat. Upon retiring, Dennis became an active member of the Rollins Volunteer Fire Department and served as chief and on the board of directors where he made many more lifelong friends.

Dennis had a passion for classic cars, paid impeccable attention to detail, could fix anything, was an attentive husband, father, grandfather, family man, and friend. He will be deeply missed by many.

Dennis was preceded in death by his parents, Harry and Jean Morgan, and brothers Bob and Jim Morgan. He is survived by his wife of 55 years, Betty Ann Morgan, his two children, Brian (Naeyshae) Morgan of Missoula, Brandi (Darin) Westover of Kalispell; his four grandchildren, Grant, Elle, Camerin, and Estelle; his brother Tom Morgan; sisters, Carol Morgan, Colleen Gillund, and Barb Buechler, along with numerous cousins, nieces, and nephews.

A memorial service will be held at 11:30 a.m. Wednesday, July 27, 2022, at Johnson-Gloschat Funeral Home with burial to follow service at Fairview Cemetery and a gathering following graveside at Village Greens club house, 195 Nicklaus Drive, Kalispell.

Johnson-Gloschat Funeral Home and Crematory is caring for the family.

In lieu of flowers, any donations in Dennis' memory may be sent to Rollins Volunteer Fire Department. PO Box 56, Rollins MT 59931.