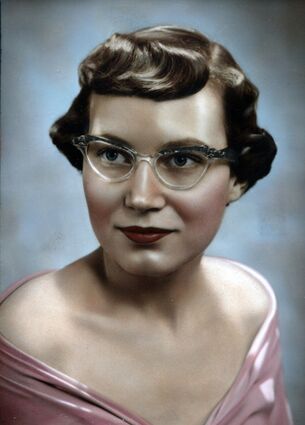 A funeral service was held at Croxford Funeral Home Friday, July 29, 2022, at 11 a.m. with a graveside service to follow at the Sun River Cemetery, then a reception at the Sun River United Methodist Church.

Sandy was born November 13, 1936, to Herbert and Irene (Purvis) Koger in Fort Shaw, Montana. She was raised on a homestead three miles away from there and attended local schools.

After graduating, Sandy attended college at North Montana College in Havre, where she met Philip Cassel; The couple shared five kids and 25 years together before divorcing in 1981. During the time she lived in Havre, she met John Kindschy through mutual friends, and the couple went on to be married 1985; sharing 17 years together.

Sandy eventually became a snowbird, splitting her time between Great Falls, Montana, and Cibolo, Texas. She was a world traveler and loved to keep herself in motion. She claimed that it was the difference between living long or getting old quick.

Sandy was devoted homemaker, wife, and Christian. In her free time, she enjoyed checkers, gardening, and traveling the country, attending any church retreat she could. She was an active lamp lighter for the republican party and a member of the Red Hat Society. Sandy was the queen of sending out handwritten cards to her loved ones.

Sandy was preceded in death by her parents, Herbert and Irene Koger; brother, John Koger, and grandson Dillon Cassel.

Sandy was incredibly active in the lives of her family and will be dearly missed.