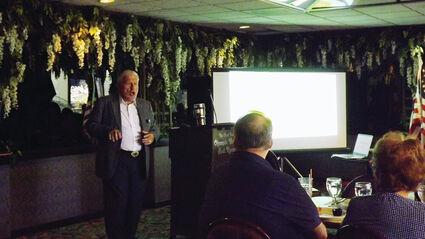 North Central Pachyderms hosted Friday a talk by former state Sen. Ed Butcher, R-Winifred, who runs the website legislatorloyalty.com, a website that tracks the party loyalty of Republicans in the state legislature.

The primary subject of Butcher's presentation was about the Solutions Caucus, a group of moderate Republicans in the legislature that tend to compromise with Democrats on policy more than their colleagues.

He not only criticized the group and others like them for working with the other side too much, but accused many of secretly being Democrats running as Republicans, dubbing...