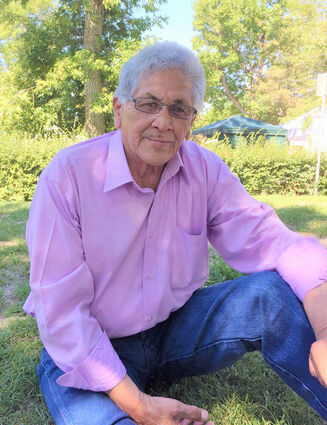 Holland & Bonine Funeral Home has been entrusted with arrangements. Please visit Thomas' online memorial page to send a card or leave a message of condolence for his family at http://www.hollandbonine.com.

Thomas was born February 11, 1947, in Havre to Martin and Wilma (Myers) Stanley. He was raised in Rocky Boy and Hill 57 by his grandmother, Molly (Gopher) Myers until his teen years, as was tradition. He attended school in Havre. Following his school years, Thomas entered the U.S. Army and served until his honorable discharge in 1967. He moved to Los Angeles, CA, for trade school, and then returned home when his grandmother, Molly Myers, passed away. There, Thomas met Roxanne Boyer, and the couple married in 1968. They made their home in Great Falls, where they had their three children, divorcing in 1979.

He then married Karen Upham, who passed away in 1993. He married once more, to Sue Pate, and they too later divorced.

Thomas returned home to Rocky Boy in 2009, where he remained until his death.

Thomas enjoyed playing bridge, horse racing, dancing, playing the machines, and debate. He was a quiet, thoughtful man who was an avid reader. He was highly intelligent, and loved to explore how the government works.