Tuss speaks at forum on run for Havre House seat 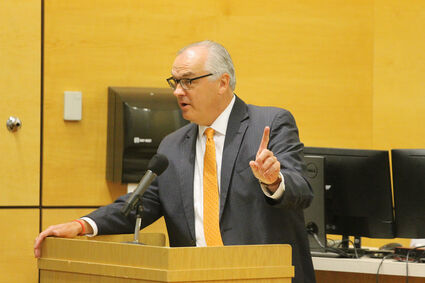 Bear Paw Development Corp. Executive Director Paul Tuss, a Democrat, is challenging Montana House Rep. Ed Hill, a Republican, for his seat in the Montana Legislature and answered questions on a number of issues at a Havre Daily News candidate forum Monday evening, a forum his opponent did not attend.

In his opening statement Tuss commented on his opponents refusal to attend, calling it a serious disservice to the voters in the district.

"I think both candidates should be here," he said. "I view this as a job interview."

Tuss said he believes the biggest issue in state politics at the mo...