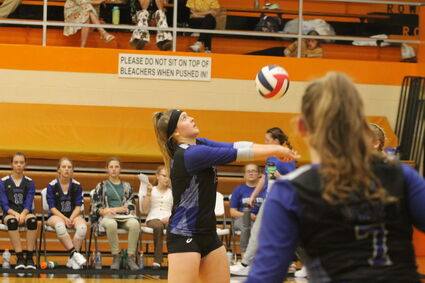 Rainee Watson and the North Star Knights have reached the final week of the regular season. Tonight marks the last night of matches in the District 7C, which will hold its tournament next Thursday through Saturday in Fort Benton.

For Class B and C schools on the Hi-Line, the 2022 volleyball season has reached the final week of the regular season. But before teams get to that, they had another busy week of action last week.

Last Tuesday saw Class B Harlem fall to District 2B rival Malta at home, but the Wildcats are still having a solid season, as they also played rival Wolf Point tough last week and won over North Country.

In District 7C action, The Chinook Sugarbeeters swept the Box Elder Bears last Thursday night at home, while Fort Benton swept the North Star Knights by scores of 25-23, 25-20 and 25-7. In that...