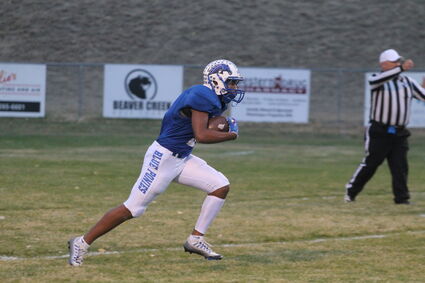 Havre's Tre Gary runs the ball against Laurel at Blue Pony Stadium last week. The Blue Ponies will host a playoff game this Saturday against Whitefish.

The Havre High football team has had a stellar season. Now, the Blue Ponies will be rewarded for their success this fall as they will now get to host a playoff game against Whitefish at Blue Pony Stadium this Saturday. After missing the playoffs last year, HHS head coach Jake Eldridge is excited for the Ponies' return to the tournament.