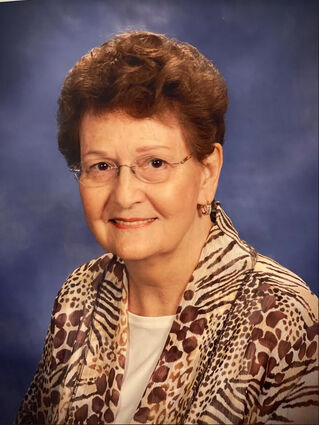 Shirley Mae (Denney) Gowan died peacefully surrounded by loving family and the kind staff of her assisted living facility on the morning of November 17, 2022.

Shirley Mae Denny was born at the Sacred Heart Hospital in Havre in 1935. She initially lived on a ranch with her parents, William Curtis Denney and Rose Etta Putra Denney, but later moved to Chinook. She graduated from Chinook High School.

Shirley was a loving wife of 71 years to her husband, Walter Garrett Gowan Sr. Walt and Shirley married April 7, 1951, in Havre, Montana and had three sons. Shirley accompanied her Air Force husband to multiple bases throughout the western US, France, Germany, and Hawaii finally settling in Universal City, Texas, where they resided for over 40 years.

Besides being a military wife and mother of three rambunctious boys, at various times she was a bookkeeper, a cub scout den mother, a licensed hair stylist with her own shop, a successful realtor and property manager. She also enjoyed many years as an avid bowler.

Shirley was a long-standing member of the Universal City Methodist Church and choir. She gained notoriety for the church spaghetti fund raisers, where her sauce was sought after by many. To this day, the recipe is still a secret.

Shirley's remains will be interred at Fort Sam Houston National Cemetery along with her husband upon his death.