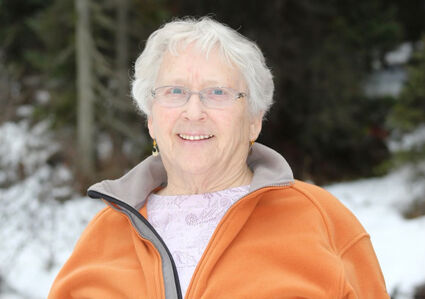 HAMILTON - Sharon Robertson, 76, passed away at Beehive Homes of Hamilton January 11, 2023, after an admirable battle with Progressive Supranuclear Palsy.

She was born in Havre September 25, 1946, to Lester and Inez (Johnson) Sluggett.

Sharon was one of nine children. She was raised on a farm/ranch 35 miles outside of Big Sandy. Sharon attended the one-room Cantigny School 3 miles from her home for grades one to eight. She graduated from Big Sandy High School in 1963. Sharon attended Northern Montana College in Havre full time for one year. She continued her education throughout the years with an occasional class when she found something that interested her.

Sharon married Roy Robertson September 24, 1964, in Big Sandy. Together they owned and worked at a meat-processing shop and had their family. In 1975, they traded the meat shop for a bulk fuel distributorship and grew it into Robertson Oil Company, a service station that provided fuel, tires, services, and a welcoming spot to take a break and have a free cup of coffee and chat. In the early years, Sharon also babysat to earn extra money for the family.

Sharon ran the shop for a bit after Roy's passing in 2000, but then sold it and turned her focus back to her education. She had taken enough college classes throughout the years to keep her credits and completed her education degree in 2004. She loved the students in Box Elder when she student-taught there, so it was not a difficult decision to take an English teaching position in Box Elder that lasted eight years.

While enjoying her retirement, there was a need for a pastor in her church. With the support of the members of the congregation and District Superintendent, she accepted the pastor role and found it difficult and rewarding.

Sharon moved to Hamilton in February of 2018 to be closer to her kids and grandkids.

She had a generous, kind soul. While in Big Sandy Sharon was a volunteer EMT and served on the hospital board. Sharon was a leader for Cub Scouts and 4-H. She was active in her church and the senior center. While not vocal about her political views, she loved to work at elections. For many years in Big Sandy, each Easter, Sharon and her Easter Bunny assistants would deliver eggs and treats all over town in the wee hours of the morning. At last, the mystery is solved!

Sharon believed we should all be life-long learners, which is evidenced by her long educational career (both taking classes and teaching in school and church). She was an avid reader who also loved to play games, knit, cook, and be with her family and many friends. She loved to laugh and had a great sense of humor which her grandkids adored her for, and she definitely passed her sense of humor on to them. She also enjoyed adventure. She once drove herself from Montana to Alaska and back. She is still in trouble with her kids for picking up that hitchhiker. At 65 she surprised everyone by going on a mission trip to Africa.

A second funeral service will be held Saturday, January 28, 2023, at 2:00 p.m., in the Big Sandy High School Auditorium in Big Sandy, MT. Interment will follow at the Big Sandy Cemetery.

Condolences may be left for the family at http://www.dalyleachchapel.com .