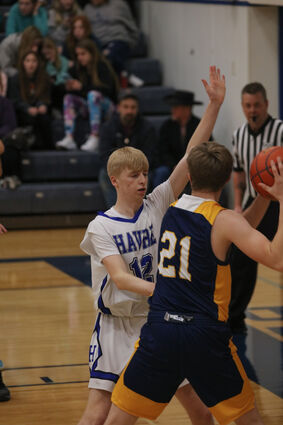 After wrapping up a conference doubleheader this past weekend, the Havre High basketball teams will get little time to rest as they both head on the road tonight to face Malta. In tonight's doubleheader, the HHS boys basketball team will play first against a Malta team that is beginning to peak.

"They've been playing a lot better lately. Their team is back to being fully healthy, got all their players and they've been in some battles," HHS head coach Walyn Burgess said. "They're just a really scrappy group. They have a good set of guards who get up and down and force you into some things...