Class A wrestling will remain four divisions for the upcoming season 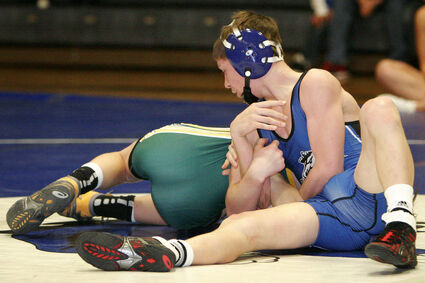 Havre High and the rest of Class A will have to wait one more school year before getting started competing as two divisions.

Last week, the Montana High School Association denied approval for Class A to go to two divisional tournaments for wrestling for the 2014-15 school year. The proposal for wrestling was to start what some are calling two super divisionals to start this coming season, while sports like basketball, volleyball and track and field could move to two divisions for the 2015-16 school year, pending MHSA approval in November.

Class A administration recently approved a plan to continue to have four Class A divisions, an Eastern A, Central A, Northwest A and Southwest A, but for those divisions to combine for divisional tournaments in boys basketball, girls basketball, wrestling and track and field. If approved by the MHSA, the Eastern A and Central A will combine for divisional tournaments, as will the Southwest A and Northwest A.

Wrestling was hoping to move in that direction for the upcoming season. The big push was due to declining numbers in some wrestling programs, which in turn has made divisional tournaments much smaller and in some cases, much less competitive. In the case of the Central A, which includes the Blue Ponies, Belgrade, Livingston, Browning and Lewistown, some recent divisional tournaments have featured brackets with two and sometimes just one wrestler. A combined divisional would certainly remedy that problem with larger brackets and eight spots at the Class A state tournament in each weight class on the line.

Meanwhile, the MHSA did recently approve another major shift in Montana high school wrestling. For the 2014-15 season, wrestling in Montana will have 13 weight classes, down two from last season. The idea is with a couple fewer classes, four of which were combined into two, smaller teams have a better chance of fielding competitive dual teams, as well as divisional tournament teams. The MHSA adopted the National Federation of High School wrestling weight classes for the 2013-14 school year, and while that changed some weights, it essentially didn’t eliminate the number’s problems at schools with less wrestlers or smaller enrollments.

The move to two divisionals in Class A would alleviate some of those number’s problems, the four Class A divisions will have to now wait another season for that to happen.