Back on the Mat: Lights host Knights 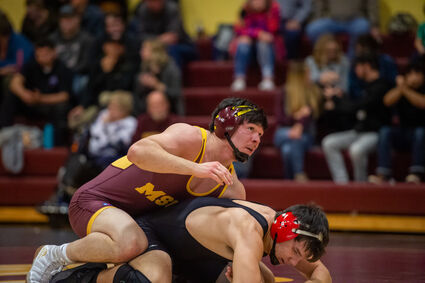 Chase Short and the Montana State University-Northern Lights return to the Armory Gymnasium tonight when they face off against Warner Pacific at 7. The Lights won't be home again until early February when they host back-to-back duals.

The Montana State University-Northern Lights enjoy wrestling in the friendly confines of the Armory Gymnasium. And the Lights are already off to a 1-0 start in home duals.

But the Lights will really want to make the most out of tonight because, after their Cascade Conference clash with Warner Pacific, they won't be back at home again until Feb. 7. The 17th-ranked Lights take on the Knights tonight at 7, and head coach Tyson Thivierge expects a tough battle.