The Northstars shrugged off disappointment, then earned their way to state 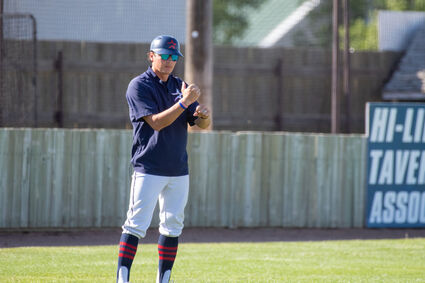 Havre Northstars head coach Patch Wirtzberger gives a sign during an American Legion baseball game last month at Legion Field. That game would be Havre's last at home this season - a season that was supposed to include the Northstars hosting the state tournament at Legion Field. Instead, Havre ended up earning their way to state the old fashioned way.

Today marked the start of the first week of August. Or, it's also known as, the dog days of summer. And boy has it been one crazy summer, including months filled with what could haves and what might have beens.

This week, the Northstars are getting ready to play in their first Class A state tournament in 15 years. It's an exciting time for the Northstars, led by Patch Wirtzberger. The trip to state has been a long time in the making.

But this week is also bittersweet for the program and for Havre.