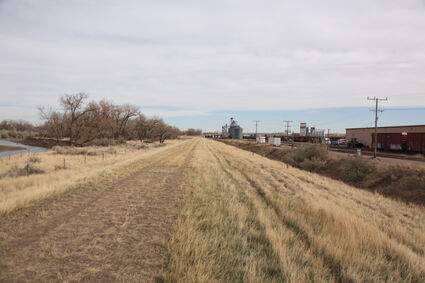 The Milk River Levee, built in the 1950s, stands south of the Milk River in 2017. The condition of the levee, including structures being erected too near it, put it in violation of U.S. Army Corps of Engineers standards. The Army Corps last week approved a plan of improvements to the levee.

The Hill County Commission met Wednesday with representatives from Montana Department of Natural Resources and Conservation and Great Western Engineering. to discuss progress on the Havre-Milk River Levee's improvement project, including federal approval of the improvement plan proposed for the levee, delaying a potential downgrade on the system.

The levee, which was completed in 1957, was designed to prevent destructive flooding that often devastated the area.

However, after inspections in 2014 and 2015, the U.S. Army Corps of Engineers said the levee did not meet their standards. Proble...