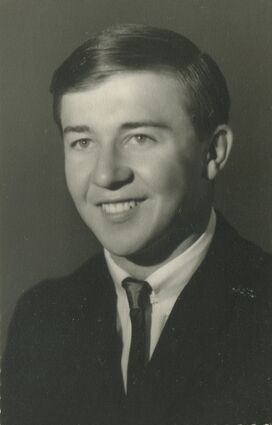 Cremation has taken place, and due to the current situation, no services will be held at this time.

Mike's family has suggested memorial donations be made in his memory to the St. Jude Education Trust Fund or the charity of the donor's choice.

Please visit Mike's online memorial page and leave a message of condolence for his family at http://www.hollandbonine.com.

Mike was born June 9, 1949, in Havre to Philip "Tip" and Patty (Coolen) Leeds. He attended St. Jude and graduated from Havre Central High School in 1968. Mike continued his education at MSU in Bozeman, and graduated with a bachelor's degree in business.

While in college, he married Debbie Duty in 1973. The couple had one child, and after 20 years of marriage, they divorced.

For many years, Mike worked at Russell Evans for Men. After the store closed, he opened and ran Michael's in downtown Havre until the late '90s when it closed.

Mike was handy with tools, and he had run a handy-man service for many years, and continued to do so while working other jobs before a back injury forced him to retire.

While growing up, Mike loved to be outdoors, especially in the Bears Paw Mountains, hunting and fishing. He passed this love of the outdoors down to his son, Frank. Mike also enjoyed cooking.

He was preceded in death by his parents, Tip and Patty Leeds; brothers Philip, Jim and Jeff Leeds; sister-in-law Colleen Leeds; and brother-in-law Ron Fuhrman.