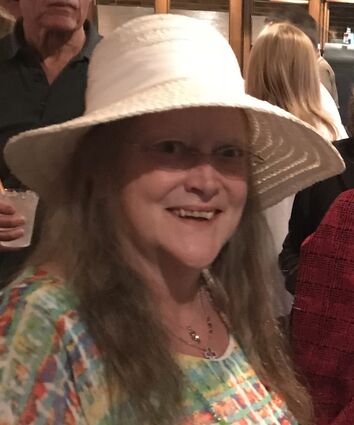 Lynn Benjamin, 63, died at home in Havre from complications of a recent surgery.

She was born in Butte, Montana. Lynn was one of six children of Frank "Babe" and Fran O'Farrell. She married Jack Benjamin on New Year's Eve 1980. The couple had just celebrated 40 years of marriage.

Lynn was raised in Butte and attended local schools. She graduated from Butte High in 1975. Additionally, she worked at Robbie's In & Out throughout that period. After high school she attended Butte Vo-Tech/Highland College. She began working at Galen and Warm Springs as an LPN. After getting married to Jack, the couple moved to Mount Lake Terrace, Washington. There Lynn and Jack had their children.

In 1992, the family moved to Havre for Jack's new job with the power company. Lynn continued her education at MSU-Northern, and graduated with a Bachelor's degree in Nursing (RN) in 1997. She worked nights at Northern Montana Hospital while going to school. Later as a traveling nurse she worked in Boston, San Francisco, and southern California. Lynn received a back injury on the job that ended her nursing career. Lynn held a deep desire for assisting in the care of her mother in Butte. She often traveled back and forth from Havre to Butte to assist her brothers and sister in mom's care.

Lynn was raised in the O'Farrell skating family. They had their own rinks in the yard and on nearby family lots. So while growing up in Butte she competed in speed and figure skating. In Havre, her sons competed in hockey and baseball and Lynn was a very supportive mom while her husband Jack coached the teams. Her shrill whistle and enthusiastic cheering could be heard by everyone.

Lynn enjoyed being a wife, a mom and raising her boys. She was a strong believer in her faith and the Catholic church. Lynn was a fun-loving person who enjoyed being around people. She volunteered at the Lady of the Rockies, the Montana Folk Festival, and the Irish An Ri Ra. Lynn was also interested in shopping and collecting heirlooms, pursuing family genealogy, and traveling the world (many parts of the US, including Alaska and Hawaii, Canada, Mexico, Australia, New Zealand, Germany, Italy, Belgium, Switzerland, and France). Her most memorable trip was with her sister to Ireland looking for cousins, a pot-of-gold, four-leaf clovers, and family plots. She lived by her constitution of POP&MM (The Power of Prayer & Mini Miracles). Those letters were on her vehicle's license plate! Some people believe a diamond is a girls' best friend, and Lynn had many! She was as good as any gemologist at picking and grading a "quality one."

Cremation has taken place in Havre. At a later date in Butte, a funeral mass will be held at St. John's Catholic Church followed by interment at Mountain View Cemetery. Memorials may be made to the Havre Hockey Association.