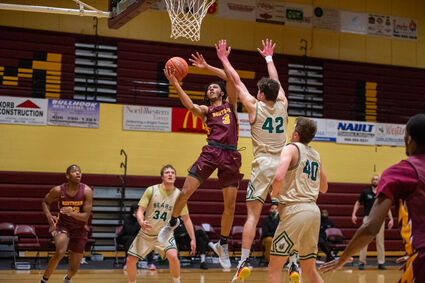 A pair of Montana State University-Northern standouts have been honored for great performances last week.

MSU-Northern senior David Harris was named Frontier Conference Men's Basketball Player of the Week, while Northern grappler Chase Short was selected as the Cascade Conference Wrestler of the Week.

Harris is a 6-foot-4 senior guard from Tacoma, Wash.