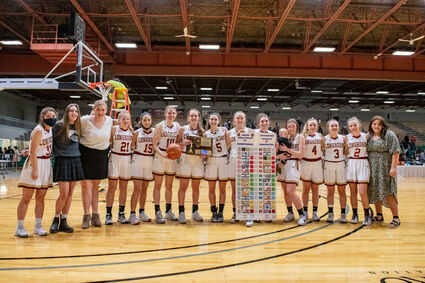 One week after losing the District 9C championship, the Fort Benton Longhorns won the Northern C championship by beating North Star in a rematch. Saturday afternoon at the Four Seasons Arena, Fort Benton defeated rival North Star 35-31. The Longhorns are in the state tournament with the win, while the Knights have to play Roy-Winifred in a Monday challenge game. The Outlaws beat 9C Box Elder in the consolation game earlier Saturday.

In Billings, Havre lost a heartbreaker to Billings Central in the Eastern A championship game. The Ponies had a one-point lead in the final minute, but Central...