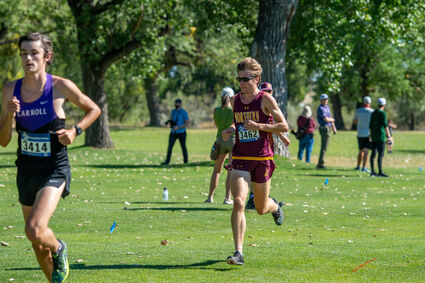 Montana State University-Northern's Field Soosloff became the first Light to compete in the NAIA national championships when he ran in the 2021 national cross country championships last Friday in Cedar Rapids, Iowa. It was a big season for Soosloff, and the Lights, who were ranked in the NAIA Men's Coaches Poll for the first time in program history.

Field Soosloff made history for the Montana State University-Northern men's cross country team this past Friday as he was the first male runner to qualify for the NAIA national meet, which was held in Cedar Rapids, Iowa.

Out of the 317 individual male runners who participated in the meet, Soosloff finished 229th with a time of 27:45.64.

"It really wasn't ideal. I didn't perform as I expected," Soosloff said. "I was kind of intimidated by the field. It was kind of overwhelming, so I kind of psyched myself out."