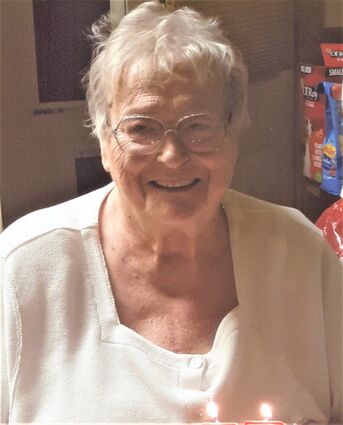 Please visit Emma's online memorial page and leave a message of condolence for her family at http://www.hollandbonine.com .

Emma was born on January 19, 1945, in Woodburn, Oregon, to Brutus and Emma (Keene) Ashcroft. She was raised in Turner, Oregon, until she was in junior high school, when the family moved to Livingston, Montana. Emma graduated from high school in Livingston in 1963, and moved to Billings to attend business school.

In the late 1960s, she moved to Havre to be near her cousin, and began working at the Duck Inn. In 1969, she married Donald "Micky" Golie, and the couple had two children. Over the years, Emma worked at Pauline's Clothing, as the store manager for the Anita Clothing Store, and as the personnel manager at Woolworth's, retiring from Woolworth's in 1994. She also worked as the receptionist for Bear Paw Veterinary Services for several years.

She enjoyed card-making, flower gardening, and baking, but Emma's greatest joy were her grandchildren.

She was preceded in death by her husband, Micky Golie, in 2012; son Michael Golie in 1991; grandson, Austen; parents, Brutus and Emma Ashcroft; and infant siblings Ronnie and Helen Ashcroft.