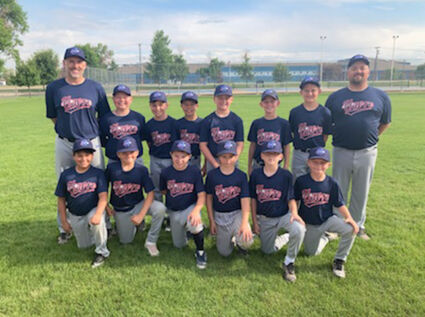 The Havre 10U team finished their season at the state tournament in Miles City earlier in the month.

Local baseball fans have had a lot to enjoy this summer with the success of the Havre Northstars American baseball club as well several little league tournaments in June. However, they did not get the chance to witness the seasons that the Havre 10U and Havre 12U teams had as they mostly played on the road.

Both teams finished their seasons up earlier this month as they competed in their state tournaments, both of which were held in Miles City from July 9 to July 11. At the state tournament, the Havre 12U All-Stars had a strong showing as they placed third. Even though they lost to Gallat...