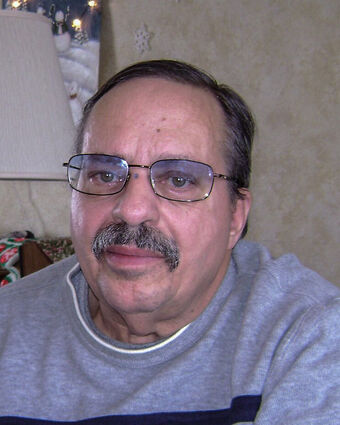 Three preceded him in death, but he is survived by four brothers – Joseph (Beatriz), David (Mary Beth), Robert (Lori) and Phillip (Diane) – and several nieces and nephews.

Jerry was formerly married to Mikki Neuwerth of Havre.

Jerry was well-known in Kalispell as an expert pinochle and cribbage shark. He chose a path of sobriety which brought him many friends and peace in his later years.  During 32 years of recovery, he supported many others in their own journeys.  He owned several small businesses and worked in a variety of retail stores.

Jerry could be ornery but had a large and giving heart. He had a great sense of humor, and no one was spared from his teasing. As the family historian, Jerry never failed to remind his brothers of upcoming birthdays. He was the pickiest of eaters and "allergic" to all foods he didn't like.  He loved dogs but never trusted cats. He had a great faith in a higher power and was eager to reunite with his parents.

Jerry is free from life's struggles and playing cribbage with his dad.

Friends are encouraged to visit our website at http://www.buffalohillfh.com to leave notes of condolences for the family.

Buffalo Hill Funeral Home and Crematory caring for the family.