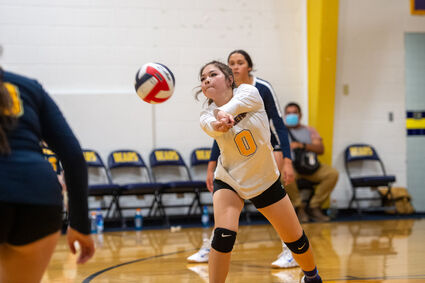 Box Elder's Raishawn Whitford digs a ball up during last week's District 7C match against Fort Benton in Box Elder. The Longhorns swept the Bears to stay in first place in the District 7C standings.

After a busy start to this past week of high school volleyball on the Hi-Line, area teams took a break from the conference action to play some midseason tournaments.

In Fort Benton last Saturday, the host Longhorns, as well as Chinook and others played in the Fort Benton Tournament. The Longhorns were victorious in the tournament, while Chinook and Plentywood also battled it out.

The North Star Showcase, which used to kick off the season, was also in action this past Saturday, with matches being played in Rudyard and Gildford. 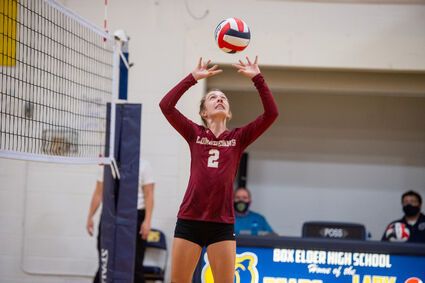