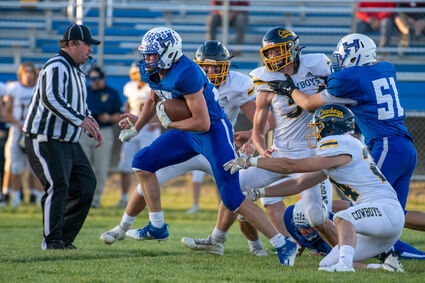 On the road Friday night, the Havre High football team ran into the buzzsaw that was Polson. The Pirates were undefeated heading into the game and were winning by an average of 42.8 points per game. Meanwhile, the Blues Ponies were 2-4 and were riding a three-game losing streak.

When Polson and Havre met up Friday, the Pirates continued their strong play by jumping out to an early 35-0 lead over Havre in the first half. The Ponies tried to get back in it in the second half but Polson ultimately won 42-14.

"They got some dynamic players on offense. We had a hard time keeping those guys...