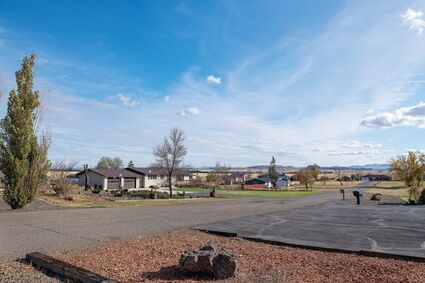 Clouds hang in the sky over Meadowlark Estates off U.S. Highway 87 west of Havre. Hill County has been examining canceling a water district created when the area was developed but never used, but now residents are saying a new source of water the estates could hook into might mean keeping the district is better.

After expressing last week a desire to dissolve the Meadowlark Water and Sewer District, the Hill County Commission is now rethinking that course of action in light of new developments this week that could make such a decision impractical.

Early last week, Hill County Commissioner Mark Peterson said Meadowlark Estates, many years ago, had planned to put in a water and sewer system and applied to become a district, but later decided against creating the system, making the district inactive.

He said because the district was inactive it was not reporting anything to the state and has since r...