If we're going to get the type of Brawl we're all hungry for, Cats and Griz need to win out … and they should 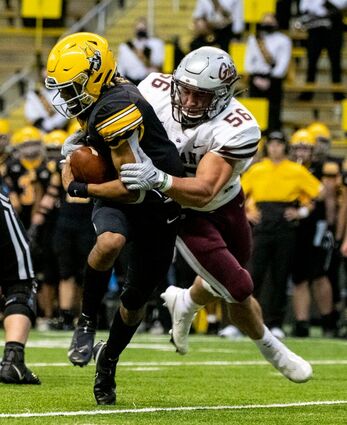 Patrick O'Connell, right, and the Montama Grizzlies play their final hoke game before the Brawl of the Wild Saturday when they host Southern Utah. Montana State has a bye.

Of course, since there wasn’t a Cat-Griz game in 2020 due to the pandemic, four weeks should be nothing, considering we’ve all been waiting almost two full years now.

And yet, four weeks will be an eternity because both teams have so much to do before they get to the Brawl of the Wild Nov. 20 in Missoula. And if it’s going to be an epic Brawl, then both the Cats and the Griz need to take care of business over the next month.