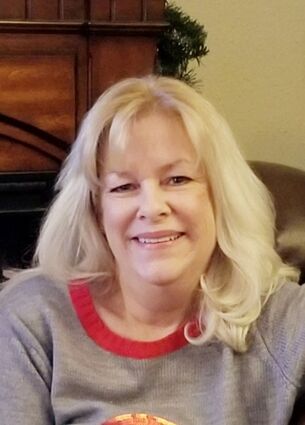 Judy Jean Sande, whose most treasured title was "Nana," left this earth peacefully on Nov. 13, with her sister Dorothy at her side.

Judy was born on Nov. 16, 1959, to Jim and Joyce Sande, along side her twin brother Jesse, who was always the other half that made her whole.

She was always very musically talented, playing guitar and singing in a family band (with Jesse and Dorothy) in high school - even winning a talent contest - and loved to dance.

She met and married Alan Wellman and, in 1984, they had a daughter before ultimately divorcing. Her daughter Candice became the center of her world and it remained that way until her passing. The only thing she loved more than being a mom was being "Nana" to her two beautiful grandsons, Cade and Casen. She loved those boys with everything she had and enjoyed visiting as much as possible.

She spent her life surrounded by family - working at the family business of Andy's Supper Club with her parents, brother and sister, and, later, she felt it was her calling to take care of them as they experienced their own health struggles. She was especially bonded to her twin, Jesse, and when he passed in 2011, a piece of her went with him and she was never the same. Since Jesse, she has endured the loss of her sister Diane and her parents, and she missed them every day. Her strong faith in God and Heaven helped her to feel ready for the next journey and she wasn't afraid. She was so looking forward to seeing those that had gone before her again.

She made many friends along the way, and found love again with Mark Reinmuth, whom she spent over 20 years with. They eventually separated but still held love and respect for each other. Judy was so good at making sure that if you were one of her people, you had no doubt you were loved!

Donations can be made in her name to the Friends of Havre Animal Shelter, 520 4th St Havre, MT 59501, as she loved animals so much.