Havre High girls poised for the dynasty to continue 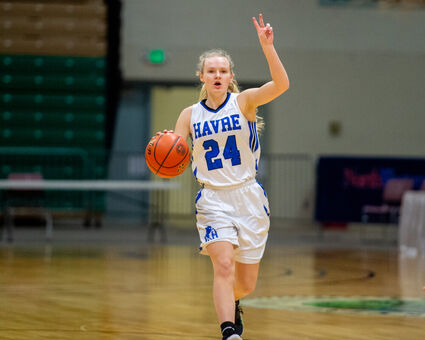 Havre High senior Sadie Filius and the Blue Pony girls are ready to begin a new season, which includes defending their 2021 Class A state championship. The Blue Ponies open the season tonight with a home-away-from-home game against Laurel in the Armory Gymnasium.

The Havre High girl's basketball would love to see a repeat of the 2020-21 season.

Last year, the Blue Ponies finished the season as the Class A state champions along with a 17-3 record. But as they head into this season, the expectations stay the same for HHS head coach Dustin Kraske.

"Do our best every night, play together as a team and have some fun," Kraske said about the upcoming season.

The Ponies fortunately return several players from last year's championship team. Yelena Miller comes back after an all-state season where she led the Ponies averaging 14.1 points per game and five...