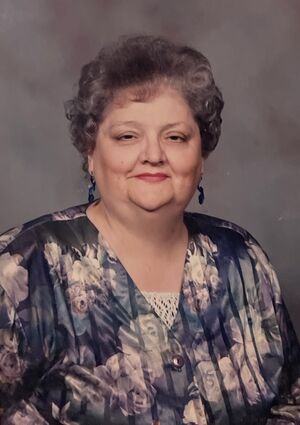 Jacqueline "Jackie" Lois England died peacefully in her sleep at the age of 82 December 1, 2021, at Park Place Nursing Home in Great Falls, MT.

Jackie was born in Marinette, Wisconsin, to Irene and John Lane and she graduated at the top of her class from Havre High School. She had plans to be a math teacher, but life got in the way, and she trained to be a bookkeeper instead which allowed her to work with numbers, which was a passion of hers all her life. Jackie was a bookkeeper for the certified public accounting firm of JCCS in Great Falls, where she loved living and serving her community.

She was an avid bowler for many years until her arthritis caught up to her. Jackie enjoyed being a mother, grandmother, and great-grandmother.

She was preceded in death by her husband, Richard "Dick" England, and her parents, John and Irene Lane.

Jackie will be missed by her family, but they are comforted knowing that Jackie is in the arms of her GOD, Jesus Christ enjoying His Heaven. Jesus Christ was, is and always will be her Lord and Savior.

Condolences for the family may be shared online at http://www.OConnorFuneralHome.com .