The Verge of History: Cats were built for a Bison showdown 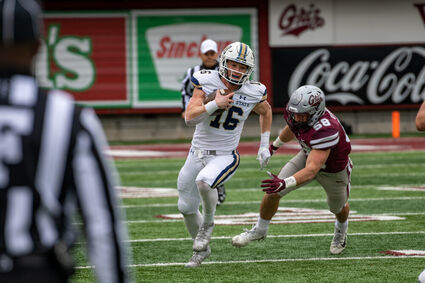 Tommy Mellott and the Montana State Bobcats are on the verge of history as they play North Dakota State in the FCS national championship game Saturday in Frisco, Texas.

For the Montana State Bobcats, this is new territory. For their opponent, it's just like old times.

That's the matchup in Saturday's FCS national championship game when the Bobcats take on North Dakota State at Toyota Stadium in Frisco, Texas.

NDSU has won eight national titles in the last 10 years, making them one of the most dominant college football programs in history, at any level. Meanwhile, MSU hasn't won a national championship since its 1984 Division AA title, and hasn't played for one since then either. Make no mistake, though, this is no David vs. Goliath scenario. The Bobcats...