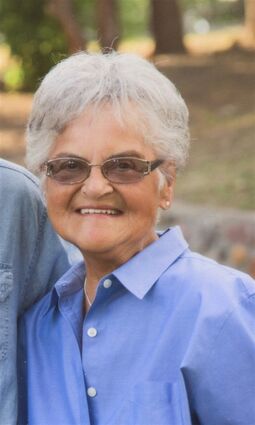 Cremation has taken place, and memorial services will be held at 11:00 a.m. Monday, February 7, 2022, at St. Jude Thaddeus Catholic Church. A private family burial will take place at a later date.

Her family has suggested memorial donations be made in Mary Ann's memory to St. Jude Thaddeus Catholic Church or the Friends of the Animal Shelter.

Please visit Mary Ann's online memorial page and send a card or leave a message of condolence for her family at http://www.hollandbonine.com .

Mary Ann was born November 21, 1934, in Havre to Mack and Foresta (Guerra) Linie, the youngest of six children. She was raised in Havre, graduating from Havre Central in 1953. Following graduation, Mary Ann began working for Eddy's Bakery and also as a housekeeper at the Duck Inn.

In June of 1958, Mary Ann married Fred Hanson, and the couple had four children. Once the children were older, Mary Ann began working for Buttrey's in the bakery, where she remained for around 30 years, retiring in 1996. During this time, she also would help out at the Duck Inn in housekeeping occasionally.

After retirement, she spent her time with her husband Fred and cared for her grandchildren.

Mary Ann was a loving, upbeat woman who enjoyed crocheting, reading, gardening, and camping with Fred and their friends.

She was preceded in death by her parents, Mack and Foresta Linie; and siblings, Margurite (LeRoy) Aevermann, and Andy (Pat), Rosie, Rosa, and Gino Linie.