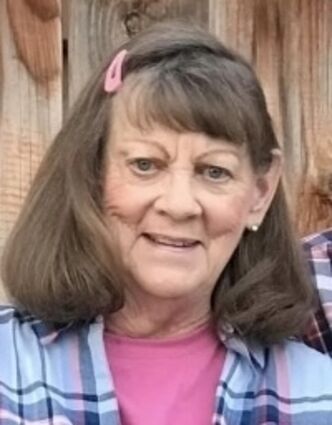 The bleachers will be a little emptier this weekend - our beloved mom and grandma, Nancy Weyh Keller claimed a better seat in Heaven when she passed away peacefully at home in the arms of her loving husband, Vic.

Nancy was born in Havre April 14, 1947, to Jack and Ellen Weyh and was the third of six children. She and Vic graduated from Havre Central High School in 1965. They married in November of 1968 and continued to make their home in Havre for the next 40 years. They enjoyed getaways to Beaver Creek, attending every family function, taking family vacations, and watching their children grow and have children of their own.

Ever committed to being in the stands or audience for every sporting event or performance, Vic and Nancy moved to Billings in 2009 where they got to be infinitely involved in the lives of their three children, Jeff, Jim, and Sarah. Grandkids always knew Grandma Nancy was cheering for them in the stands, and when the games took place on the road, she and Vic watched the games on the internet. Every school concert, play, or awards banquet brought Nancy out as a fan, and she was unfailingly loyal to each and every one of her grandchildren.

Nancy was preceded in death by her brother Jim and an infant brother; her parents, John "Jack" and Mary Ellen (Dodds) Weyh; her grandson Ryan Walter and granddaughter Ramsey Keller.

She is survived by her husband, Victor Keller; sons, Jeff (Kori) and Jim (Tami); daughter, Sarah (Greg) Walter; grandsons Elliot, Max, Staley, Bauer, Ridge and Tevin Keller, grandson Eli Walter, and granddaughters, Jensen and Reagan Keller and granddaughter Katie Walter, as well as numerous nephews and nieces on both the Weyh and Keller sides of the family.

Nancy took an interest in whatever interested those around her. She loved to jump into discussions and engage others on a personal level. A new conversation quickly became a deep conversation with Nancy, and she would defend a belief or her family with passion and conviction. She was well known for her teasing and enjoyed it when someone else could return the humor. And, of course, she loved a good bargain and could never pass one up, even if that bargain only ended up in her epic garage sale.

We know Nancy will still be at all of the games, just as she always was - now she will be watching from the best seat in the house.

A Celebration of Life for Nancy will be held Thursday, February 10, at 11:00 a.m. at Emmanuel Baptist Church in Billing, MT.