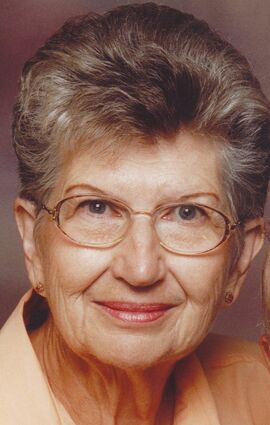 Rosella Marie (Jones) Skones, 86, passed away August 2, 2022, at the Sweet Memorial Nursing Home. Her husband of over 65 years, Russel, was by her side.

Rosella was born December 1, 1935, to Laura and Arthur Jones. She was born and raised in Turner, Montana, where she attended school and graduated from Turner High School. She was baptized and confirmed in the Turner Lutheran Church.

Rosella attended Northern Montana College in Havre where she got a two-year degree as a legal secretary.

October 7, 1956, she married Russel Skones. They moved to Vancouver, WA, where their first daughter, Kathi, was born. In 1958, they moved to Havre and their second daughter, Juanita, was born. They settled in Chinook, MT where they raised their children, adding another daughter, Laurie.

Rosella worked a number of jobs through the years. She worked in the City Clerks Office and at Doughten Ford Sales as a bookkeeper and office manager.

Rosella was an active member of the American Lutheran Church, where she played piano, sang, directed the choir, and raised her girls up to be good Christian women.

In 1985, they took over the Coast to Coast Store. Rosella was a true business woman at heart.

Rosella was also active in the Chinook Chamber of Commerce. The Annual Christmas Parade, which has been a holiday tradition for over 30 years, was started by Rosella and Irma Graff.

After "retirement" Rosella and Russ spent several years campground hosting. In 2009, Rosella and Russ moved to Star, Idaho, where they lived around the corner from Kathi until 2015, when they moved back to Chinook and resided in the Villa.

Rosella had many talents. She was an amazing seamstress, cook, and hostess. She loved to entertain.

Her great love was singing and playing piano. Even though dementia claimed her mind and memory, it did not take away her musical ability. She was able to read music and play piano right up to the end.

There wase a viewing at Wilderness Funeral Home Sunday, August 7th, from 6-8 p.m. A private family burial was held at Kuper Cemetery at 11:30 a.m. Monday, August 8th, followed by a memorial service and reception at the American Lutheran Church in Chinook, MT, at 1:00 p.m. The memorial service was livestreamed on the Wilderness Funeral Homes Facebook page.