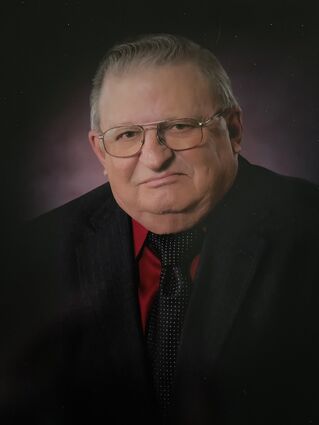 Wallace Arthur Beck, 80, passed away peacefully at home surrounded by family on November 5, 2022.

Wallace "Wally" was born August 29, 1942 to Adolph and Hilda (Wiedmer) Beck in Havre, MT. He grew up on the family farm in Hogeland, MT. He enjoyed helping his dad on the farm, and also raised rabbits to sell to Buttrey's in Havre.

He received his education at Hogeland Public School, graduating second in his class in 1960. He often boasted about this and then chuckled when he revealed that his class had only two students!

After high school, Wally worked for Norman Anderson and Max Jenks, and also traveled west of Havre with the Nace/Zellmer custom harvesting crew. During this time, he also officiated many high school basketball games. He was always willing to "help" the officials from the stands long after he hung up his stripes!

Wally served in the U.S. Army for two years and was stationed in Heidelberg, Germany. He loved Germany and often talked of going back someday. He earned the Sharpshooter Award, Good Conduct Medal, and was honorably discharged. He returned home in 1965 and began farming the land he leased from his dad.

March 30, 1968 he married Loretta Zellmer at the American Lutheran Church in Hogeland, MT. They raised their two sons, Kevin and Shawn, and their daughter, Crystal, on the farm they purchased from Wally's father, Adolph. Over the years they raised grain, pigs, chickens, and cattle.

They started a meat-cutting business, Big Flat Meats, in 1976 with Loretta's parents, Leonard and Doris Zellmer. Wally and Loretta became the sole owners and continued cutting meat until they closed the doors in 2007. They continued to farm and also had a custom harvesting business with son Shawn. Wally retired in 2013 and leased the farm to his children.

Wally was a confirmed member of the Hogeland American Lutheran Church, American Legion Emil Beck Post 59, Harlem VFW, Lions Club, and Silverbow Grazing Association. He was also active in the Montana Meat Processors Association, served on the Equity Coop Board, and the Hogeland Volunteer Fire Department.

In his younger years, he enjoyed playing basketball, baseball, bowling and snowmobiling. He and Loretta cherished their trip to Mexico with good friends Allen and Merrilyn Billmayer and Dick and Florence Hamilton. Every year, Wally and Loretta looked forward to attending the Montana Meat Processors Convention.

Wally enjoyed cheering on his children and grandchildren as they played basketball, and also loved taking them fishing. His grandchildren were the light of his life in his later years, and he looked forward to their visits and followed all their activities.

Wally was preceded in death by his parents; brothers, Irvin and Ronald, and sisters Dorothy Anderson and Marilyn Herman.

Wally was a very caring, honest man who would give the shirt off his back for anyone. Everyone enjoyed his quick wit, and if you were never teased by him you either didn't know him well, or he just didn't like you much. (Ha!) Memorials in Wally's name may be given to Hogeland Lutheran Church, Storm Chasers Booster Club, Bear Paw Hospice, or the charity of your choice.