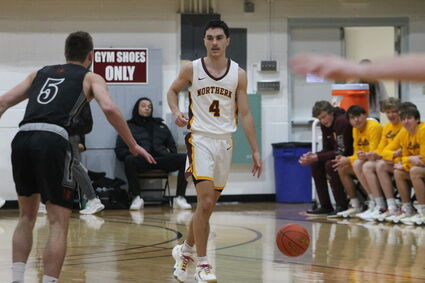 Zackry Martinez and the MSU-Northern men's basketball team went down to Missoula Tuesday night to play the University of Montana in an exhibition ame. While the Lights played well, the Griz ultimately won 63-51.

While it was just an exhibition game, the Montana State University-Northern men's basketball team had a big matchup against the University of Montana Tuesday night. On the road at Dahlberg Arena, the Lights played a tough game against the Griz as they kept it within single digits in the second half. The Griz ultimately pulled out the 63-51 win over the Lights, but MSU-N head coach Shawn Huse liked his team's effort against a Big Sky opponent.

"I was just very proud of our guys and the fight they put forth," Huse said. "That game could have gone either way after halftime. Our guys battled...