A harvest of pandemic pumpkins 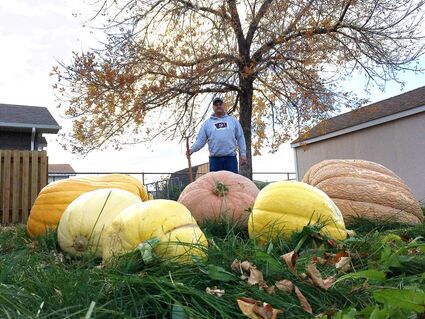 When the pandemic hit this spring, two former Montana State University-Northern college roommates, Jim Elliot and Andy Kueffler, who have families in Havre, decided they wanted to grow pumpkins.

Their goal was to see who could grow the largest pumpkins. They searched the internet for seeds for giant pumpkins to make the competition spectacular.

Andy started his pumpkin plants inside in May and then planted outside in June.

Jim started his inside in March to early April and then transplanted them the third week of April to a cold box to keep them from freezing.