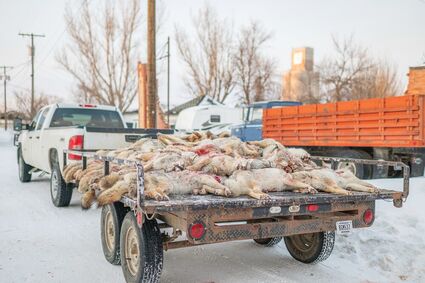 The local post's Secretary/Treasurer Lindsay Boyce, who served in the U.S. Navy and ranches on the south side of the Bear Paw Mountains with husband Stephen Boyce, said the turnout of hunters was about average but the coyote take was above average.

"This is the most coyotes that have been killed in a year," Boyce said. "The weather...