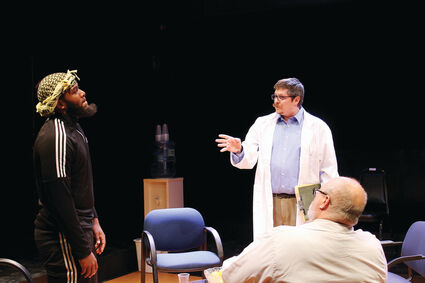 Theater in the area is in full swing this weekend as the Montana Actors' Theatre is set to open a pair of shows on the Hi-Line.

Tonight, MAT will begin its run of "Blue/Orange" in the Little Theatre in Cowan Hall on the Montana State University-Northern campus with the doors opening at 7:30 p.m.

The local troupe will also begin their run of "Charlie's Aunt" as dinner theater at the Eagles Club in Chinook Friday at 6 p.m.

"Blue/Orange" is a dark comedy set in a mental institution in London around the year 2000. The story follows a pair of doctors as they try to diagnose a patient who...