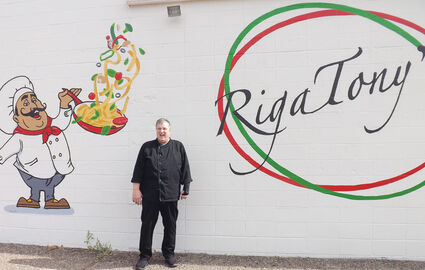 Tony St. John stands outside of his new restaurant, RigaTony's, in the former Uncle Joe's Steakhouse and Lounge location at 1400 First St.

RigaTony's, a new Italian restaurant, just opened in the former Uncle Joe's Steakhouse location on First Street, and while recent maintenance issues have temporarily closed its in-house dining areas it is still providing pick-up and delivery.

Restaurant owner Tony St. John, a native of Havre who only recently returned, said their dishwasher broke down Friday and they are waiting on a replacement part that should be coming in the middle of next week.

St. John, after graduating from Havre High School in 1982, joined the U.S. Army, after which he went to culinary school and worked as a chef...